Rabbi Dr. Bar-Ami Ben-Zion was born in Shaarim, Rehovot, in 1945, to his parents Sarah and the well-known Torah Scribe, Shlomo Za.T.Zo.Ke.L.

His family has a written and documented tradition of manuscripts of the secrets and the wisdom of the Hebrew letters and grammar of the holy language for more than 500 years.

Graduated from the Southern Yeshiva in Rechovot in the 70s , went on to study as part of the High Yeshiva “Kerem Yavneh”  and Yeshivat “Beit-El” in the Jewish quarter in Jerusalem, learning with Rabbi Yitzchak Kaduri (Zatzokel), Rabbi Yoram Abergil (Zatzokl) and Rabbi Nachmani (Zatzokel) and by HTA Rabbi Shabtai Sabato Shalita (May he lives long life).

Rabbi is a Bar-Ilan graduate in psychology ,sociology and criminology. Received an Honorary Degree – Doctor of Philosophy – from the University of Berkeley in the US for research and a special life activity. Receive ordination to the Rabbinate by the Chief Rabbinate of Israel.

Rabbi has been a writer for more than 30 years, wrote 5 different books in Hebrew about his wisdom and thoughts. Rabbi Bar Ami is a Sofer Sta”m (Torah Scribe) and his main specialty is in the renovation and repair of old Torah scrolls.

In 1985, he was asked to go on a mission on behalf of the Ministry of Religious Affairs in collaboration with the Chief Rabbinate in the Netherlands, to check the condition of the Torah scrolls that remained in the Netherlands after the Holocaust, and for a whole year he visited all the synagogues and examined the condition of the Torah scrolls. Rabbi submitted reports on their condition. Rabbi had fixed some of them and some were put back on shelved.

Rabbi was sent with his family on an educational mission to New York in 1982 for three years.

For more than 45 years, he has served as a community rabbi, rabbi of his synagogue: “ Tzeyiray Teyman- Dahari”  Rehovot Central.

Here in Israel, he retired after serving as the Chief Rabbi of the Public Religious school  “Tachkemoni”  in Rehovot for more than 40 years.

In 1990, he founded “Oht- L`Olam” the Research Institute of the Hebrew Language in Israel.

In 1995, together with Ms. Dr. Idit Inklowitz, he founded a national organization named “HEY-LI” – the Main Organization for Certified Healers in Israel, using his Unique Method. The main subject is ‘Jewish Energetic Therapies`. Rabbi combines many alternative methods such as universal energy and more. Due to his knowledge of the Kabbalah Wisdom, by studing with some famous Kabbalists and  mostly from his Yemenite family tradition of more than 500 years, he shows that these tools were also used according to the wisdom of Kabbalah.

Rabbi is invited all over the world to conducts seminars for Jewish Energy Healing according to the sources of the Kabbalah and classes teaching the Hebrew letter secrets and their special power and the Holy Scripts.

Rabbi Bar-Ami had devoted his life solely to the study of the holy language and has published many articles and many studies on the Hebrew language. From all over the world, questions are sent to Rabbi regarding different doubts and uncertainty about matters related to the holy language.

Torah scrolls in the Yemenite tradition.

A special mission is ahead of Rabbi Bar-Ami which is clearly to prove without any doubt !!! The absolute “Kosher” (the Hechsher) of the Yemenite Torah scrolls that are parallel to the Aram Tsuba`s  Crown. And all the changes between Yemenite Torah scrolls and other Torah scrolls are based and written on the Pillars of the Eternal Tradition of The people of Israel also prove that Yemenite Torah books are a direct tradition from the Torah that was written by Moshe Rabbenu !!!

Personal Greeting from the Lubavitcher Rebbe:

Rabbi Bar-Ami had personal ties and a personal encounter with the Lubavitcher Rebbe. The Rebbe encouraged and strengthened him throughout his life, even guiding him to make a special art work to help couples who did not have children. This work is distributed free to any couple who are married for at least one year and a half and could not conceive.  Rabbi Bar-Ami is proud to tell that more than 3000 !!! Couples throughout the world over the past 30 years, after receiving the piece from him and Baruch Hashem were blessed with children.

In 2002, he established the “The Holy Script Museum” in Rehovot, which is an attractive source attracting tourists, educators and students from all over the world.

On 2004 Rabbi established 3 parallel institutions in the USA

1) “Ohr-Lev” The distribution organization for alternative medicine according to the Jewish sources.

2) “Oht-Olam” An organization to spread the wisdom of Hebrew language.

On 2018,  The Holy Script Museum was established at the Rehovot Heritage Center Museum.

On 2019 founding the Holy Scripts Museum and the Hebrew Language Center in Mexico.

“Art of the Kings” – The world’s largest collection:

Rabbi Bar-Ami is also famous in the Jewish world thanks to his micrographic art work called “Mitzrafay-Ktav ” – THE ART OF KINGS. His works are now considered the world ‘s largest collection of significant micrographs, and a copy of this collection “wanders” in Jewish centers across the globe with exhibitions and lectures in the USA, Canada, Mexico, Panama, Europe, South Africa Australia and more ….

Rabbi  published five thick books in Hebrew and many brochures and articles mainly in Jewish research.

In 2008, he published his 1st book called “Nifla-Ot” reviling the secret power behind each of his art.

In 2013 his 2nd  book was published , “Mamlechet HaOtiot,”  The power of the Hebrew letters

In 2016, Rabbi`s 3rd  book was published : “Yehi-Or” (Let There Be Light) – self-awareness    according to the Jewish sources , insights to each Parsha.

In 2018, he published his 4th book: ” Peninei Chochma” (Pearls of Wisdom) – praise and respect for Jewish wisdom. 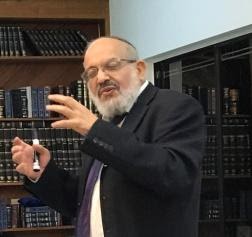